A auto cat laser turrent that moves around the room for a cat, which is controlled by a analog joystick.
This was my first project to introduce myself to electrical engineering, and after these three weeks I learned how to solder and use the arduino. This project was enjoyable for me (and my cat) and made me want to further explore engineering. 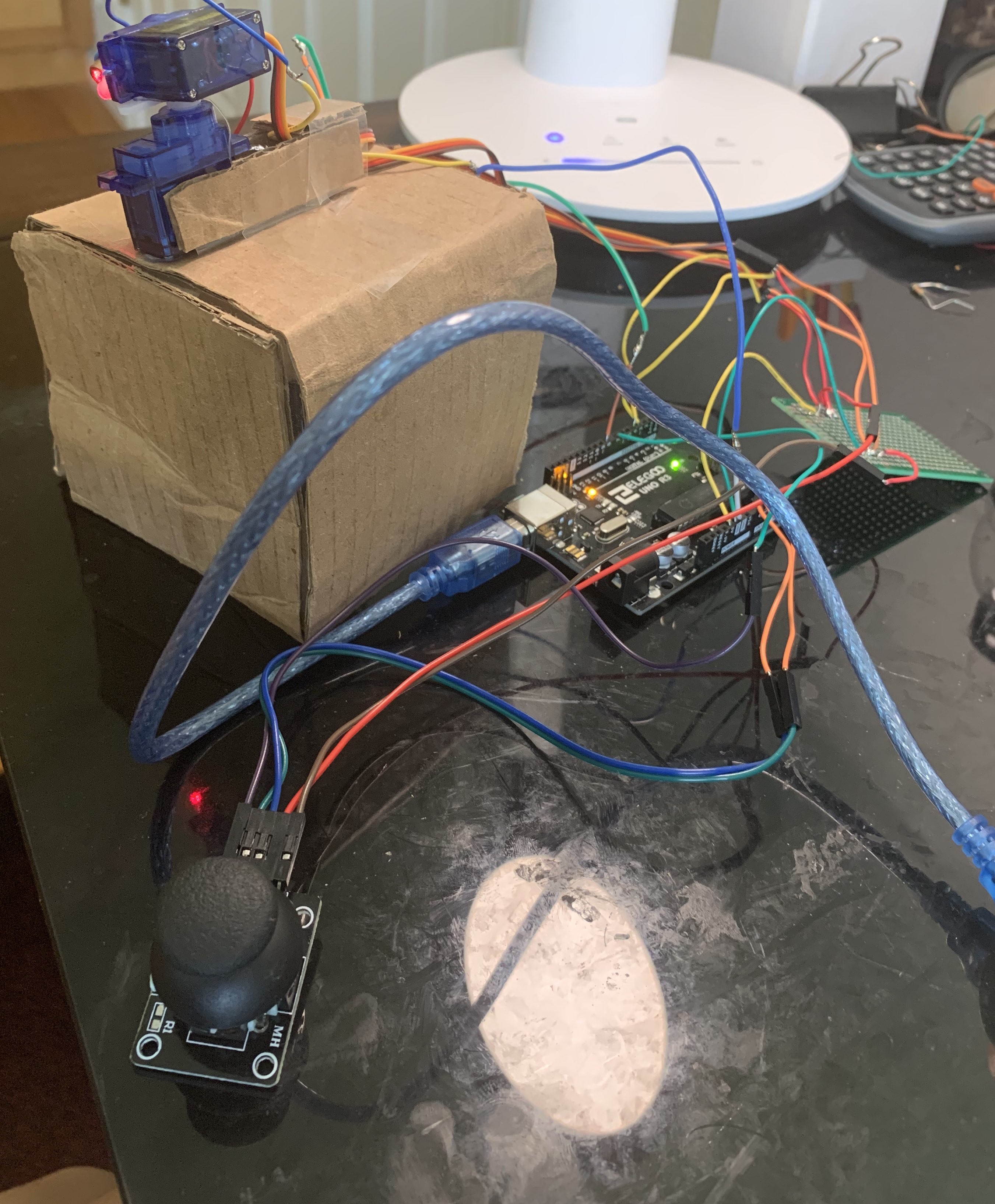 Code for the Project:

my final milestone was soldering the wires to a perfboard. The arduino only has two ground ports, and my project needed four, so I connected three of the wires to one rail of the perfboard. I did the same with the 5v port and used the second ground port for the laser. Finally, I switched the button with a analog joystick. The joystick is used to control the servos and it even has a built-in button, which allows me to turn on and off the laser.

picture of the circuit: (pretend the led is a laser) 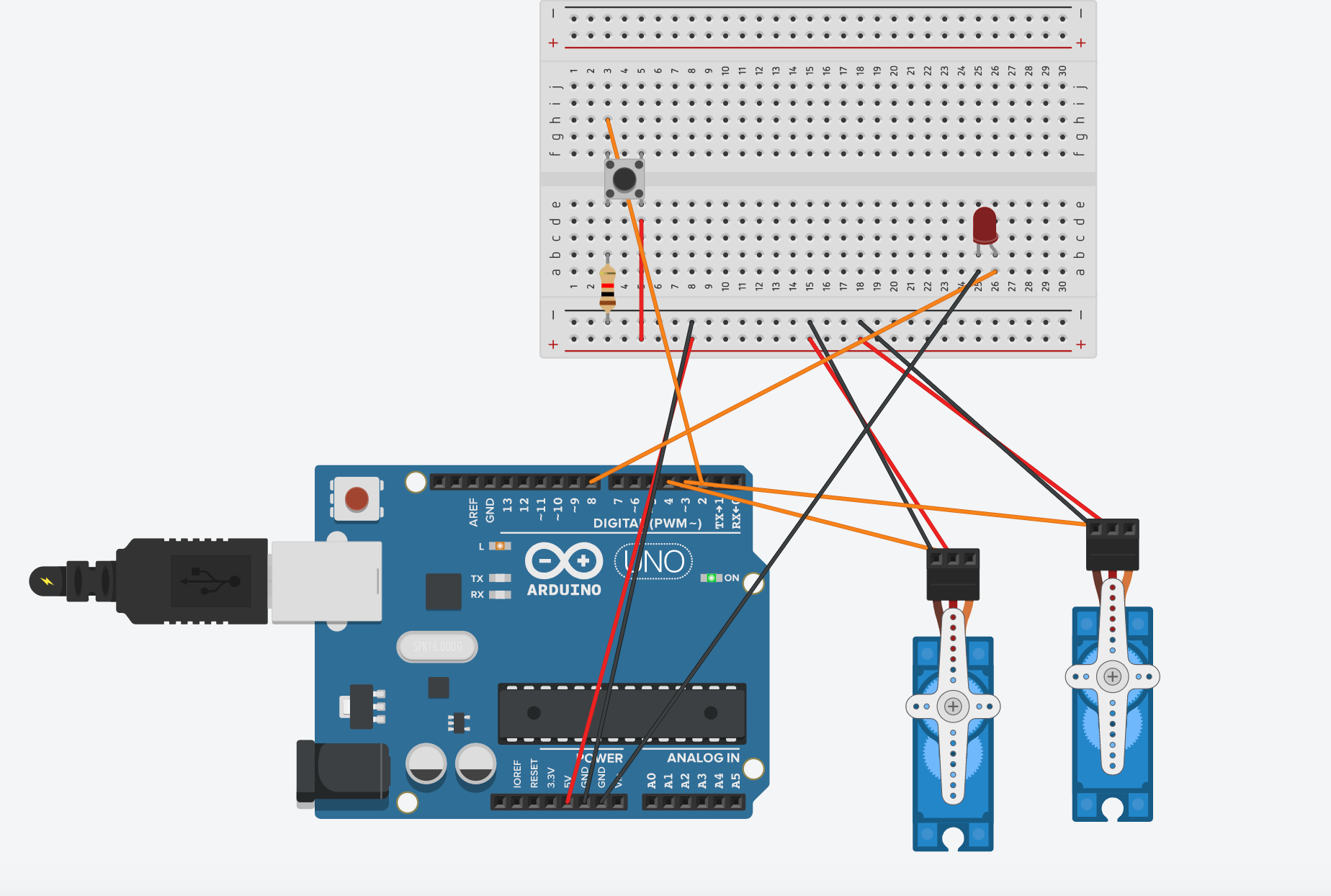 My first milestone was downloading the Auduino IDE and setting up my aurdino to my computer. I then connected a servo to the aurdino and also a button using the breadboard. When the button is pressed, the servo moves from it’s default position to a random position. When the button is released it goes back to the default position. I also managed to turn on and off the laser diode and also add additional buttons and servos to my circuit on the breadboard.